There are eleven main whole colours in Shetland sheep, with many shades and variants in between. The eleven whole colours are shown in the images below, which are taken from photographs by the late Dr SHU Bowie. There are two samples of Shaela because of differing meanings in different parts of the Shetland Isles.

More than 30 recognised markings have been identified.

Here is a small selection of pictures showing a few of the markings found in members' flocks:

Please send us your pictures of other colours and markings to web@shetland-sheep.co.uk

In 1996 a survey was made of members' sheep having recognised or other markings.

Information was returned as sketches of the location, nature, and colour of the sheep's markings. Our poster shows 63 of the variations sent in. Some of these are particularly uncommon. 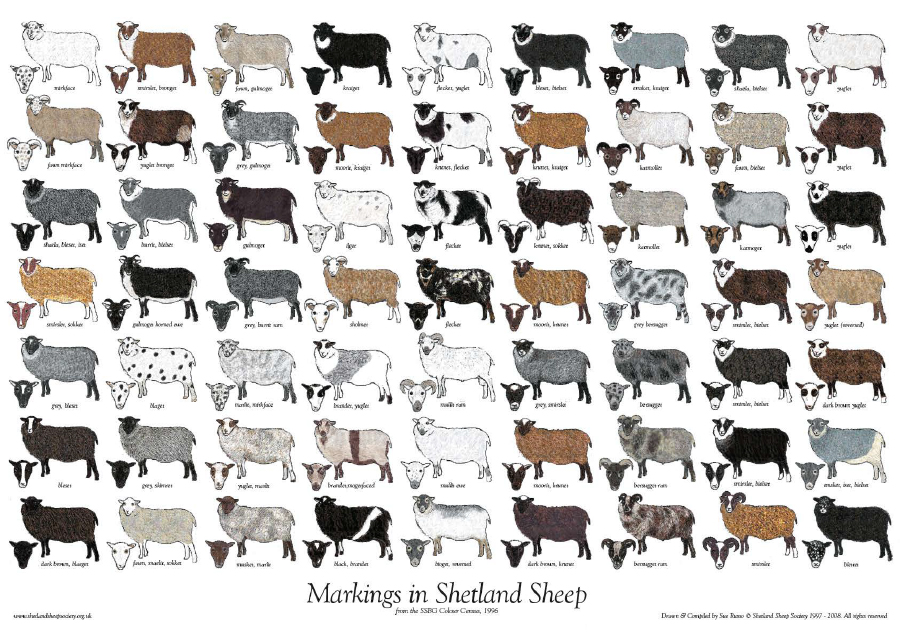 The poster is available as shown on the merchandise page: